When researching the Dogman phenomenon one frequently comes across other phenomena that seem to at the very least relate to similar creatures.
Are they connected?
Who can say?
There are those that hold a firm belief that neither phenomenon has anything to do with the others. There are those who believe they are intimately connected, and others who are more or less on the fence.

I’m not saying anything for sure at this point because how can you really say anything for certain about a creature observed occasionally and usually only for a few seconds at a time?
You can’t claim for sure that a Dogman is a Dogman at all times. You may want to though, as in our culture the concept of shape shifting has been pretty much eradicated from our mind by the holy science, but that would be a mistake.

I’m NOT saying Dogmen are transformed humans, I just think we can’t discount that they are a shape shifting something.
Take thunder. Back in the good old days of the Norsemen, thunder was thought to be created by the wild rockstar-like god Thor banging his hammer into things.
Eventually science came up with a perhaps more plausible explanation involving electrical discharges.
What we call shape shifting now may one day be able to be explained in a scientific way, but as of right now we have no idea how it works (if it does) and therefore ascribe it all kinds of occult qualities, or flat out deny it.

I’ve said it a thousand times it feels like- science has not peaked. It hasn’t learned everything there is to know, not by a long shot.
For example, we still have no clue what dark energy is, even though it is 68.3% of the makeup of the universe.

Let’s look at a few phenomena that may or may not have something to do with Dogmen. END_OF_DOCUMENT_TOKEN_TO_BE_REPLACED

Greetings!
Today I’m going to talk about Dogman for a change 😛
About how Dogman has a big BUT. Not butt- but.

When I grew up I heard about werewolves from somewhere, and it began.
I believe I might have been 5-6 when I first started reading everything. Facts and fiction, anything.
Granted, during the first few years it was hard to get my hands on anything substantial, but it got better.
I’m a Scorpio, I don’t do anything by halves, and I’m lucky enough to have a brain that very rarely forgets anything I read.
One thing lead to another and there’s barely anything within the world of THE STRANGE that I haven’t studied at one time or another. END_OF_DOCUMENT_TOKEN_TO_BE_REPLACED

…is Latin and means “From the fury of the Northmen deliver us, O Lord”.
It was allegedly a litany of despair, a prayer said by every medieval church and monastery at the time of the viking raids.
This particular prayer has not been verified in exactly those words in any 9th century texts though, however an antiphony for churches dedicated to St. Vaast or St. Medard comes pretty close:

This means “Our supreme and holy Grace, protecting us and ours, deliver us, God, from the savage race of Northmen which lays waste our realms”. 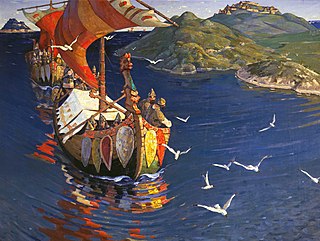 Vikings. Known for brute force.
Vikings. How did they, in merely 300 years, manage to make such an impression on the world that a thousand years later we still talk about them?

Brute force alone does not make you successful for 300 years.
Vikings were also skilled, clever. They navigated across the sea all the way to America, they also went east, to Constantinople and many other places.
I would assume that in certain ways times have changed very little. A thousand years ago attention was surely given to the wrong-doers, as it is now. Vikings were travelers, explorers and merchants, but some were rogues and caused a heck of a lot of havoc and mayhem wherever they went. Naturally these rogue vikings were the ones people remembered.

But for vikings to have accomplished all that they did in their relatively short time, things other than brute force must have been utilized.
What things? END_OF_DOCUMENT_TOKEN_TO_BE_REPLACED

We have a tendency in this field to connect the modern cryptozoological sightings to ancient mythological creatures.
In the world of Dogman you often hear of the ancient Egyptian god Anubis being mentioned as some sort of reminder that these creatures have been around for a long time.
That’s all good and well, there might be a connection there.
Sometimes though I feel I must take on the role of the devil’s advocate in order to get to the core of a matter.
That core in this case is what we don’t see.
If Anubis was a Dogman, what happened to whatever races the other ancient Egyptian gods belonged to?
What happened to the race of Horus? Where are all the Hawkmen? (Not counting the ones in Flash Gordon…)
Where is the race of Sobek, the Crocodilemen?
Where are the descendants of Thoth, the Ibis Storkmen? 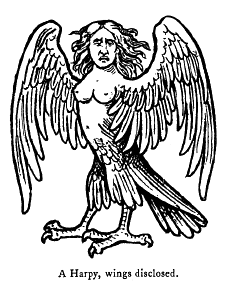 If we go to other mythologies we might ask why so few sightings of harpies are reported today.
Were are all the sirens? Where are the minotaurs?
Not to mention the Unicorns.

My point is this, that if we should consider some mythological beings, mustn’t we consider all? END_OF_DOCUMENT_TOKEN_TO_BE_REPLACED

After posting The Skinwalker/ Fleshgait Connection parts 1 and 2, strange things began to happen here.
It started with just a feeling that something wasn’t right. Something was in the air. And it wasn’t good.
Then I heard noises.
Whenever I went to bed I could hear something scratching outside around my bedroom window.
I got up several times and sneaked to the window, yanked it open and looked outside. I wanted it to be a bird.
It was nothing. Not one time.
In fact, all the birds that normally hang around behind my house were gone for those few days this went on.

I felt under attack in a weird way. Like something was seizing me up, figuring out who I was, observing.
It felt intrusive, uncomfortable.

I’m not much for New Age stuff but some of it, like smudging, I do every now and then when things get a bit too close for comfort.
Sweden suffers from a distinct lack of cedar trees, which is commonly used in these practices, but I use bark of juniper because I feel it works for me.
So I smudged, halfheartedly the first time. The feeling remained.
The second night I smudged my derriere off. I guess I performed my own little ceremony, praying and smudging, wafting smoke into every nook and cranny of my home.
I also sprinkled the ashes on the windowsill and outside.

This time it worked. I felt much calmer, safer, and there were no more scratching outside my window after that.

A few days later I was talking to a friend of mine. I had told him about the weirdness and that it had stopped.
Then he told me about a strange thing that happened to him.
He’s a trucker, and on the night the feeling went away he had hit a deer.
But it was an unusual deer, he said. Something was off about the eyes. They didn’t reflect. And it stopped in the middle of the road, didn’t cross like normal deer.

So, what do we make of this? Is it just a coincidence?
Did the feeling go away because I burned the juniper or because he killed the source of it…
He has been around. If something was indeed watching it would have seen him.
But yes, most likely he just happened to hit a regular deer.
And it happened to be the same night as I was smudging up everything around me.
What scratched my window though I will probably never know…

“I have Native American heritage, but since no one in my family was Navajo and never registered with the tribe, I didn’t have a full on Native American up bringing. My grandmother was Cherokee. Half and half German.

I grew up with a lot of lore, but my mother never talked about skinwalkers.
And yes, something like a skinwalker exists in almost every tribe.
When it came out she just called them cannibals. So she had some inkling what they were.

So there we were. Living on this ranch two miles from paved roads, 24 miles from the Interstate and 34 miles from civilization.
My friend told me to burn sage.
At the time I was a Christian and was pretty faithful. I was unsure about this so I prayed. Prayer would make the things back off, but it didn’t make them leave. It was like they would just regroup and then come again from another angle.
I talked to my mother about burning sage and she looked at me point blank and told me her mother used to do that and that it was okay to do it.
So on a whim I bought a smudge stick and I prayed and I burned the sage and I asked for help. END_OF_DOCUMENT_TOKEN_TO_BE_REPLACED

I’m going to tell you an amazing story. It’s the story of a woman from Colorado, I will call her Tina, and it’s absolutely shocking.
It’s about Skinwalkers in Colorado and it tells a horrifying tale of what these creatures can really do.

I have previously addressed the concept of Dogmen and how I believe they are connected to Fleshgait sightings.
The Fleshgait is a creature I wrote about in A White Wight, New Cryptid on the Block, Masterless Tulpas and also in Windigo.
I do believe, especially now after hearing what Tina had to tell me, that there definitely is a connection.

However, I believe there is a difference between Dogman and Skinwalker. Though I’m quite convinced far more sightings of Dogman are actually of Skinwalkers than I previously thought.
Tina, believes that the Dogmen with “dead eyes” are in fact Skinwalkers, but the ones with living eyes are a different creature.

I also use the term Skinwalker since it’s a term most people have heard. The concept of skinwalking exists among many/ most tribes though under different names.

It’s important to note that skinwalking wasn’t always evil, and it still isn’t necessarily that in every case.
In the olden days Skinwalkers worked for the tribe’s benefit. In animal form they could sneak in or around enemy camps, finding out their plans, strategy etc.
They could also use their ability to go into animal form to follow and get close to prey animals.
Then something happened, and I do believe White Man is responsible for that through his treatment of the Native population.
The people who were once free, who only took from nature what they needed and who were always certain to give back, were shoved around, raped and murdered, stuffed into reservations, forced to adopt the White Man’s way without being privileged to the White Man’s rights.
What did White Man think was going to happen?
And why is he still doing it?

The feelings of injustice, of no hope, no future festered and grew. The once proud Native American would have to be inhumanely strong to avoid being caught in a web of the lowest human thoughts and feelings- bitterness, resentment, jealousy, greed…
Many have gone under and turned to the dark side… END_OF_DOCUMENT_TOKEN_TO_BE_REPLACED